This healthier cream cheese frosting uses a fraction of the sugar in traditional recipes and tastes really similar to cheesecake batter!

With it being carrot cake season, I thought I ought to share this amazing frosting recipe. Because carrot cake and cream cheese frosting just belong together.

Below you see it on my Healthy Carrot Cake – my family’s favorite Easter-time treat. 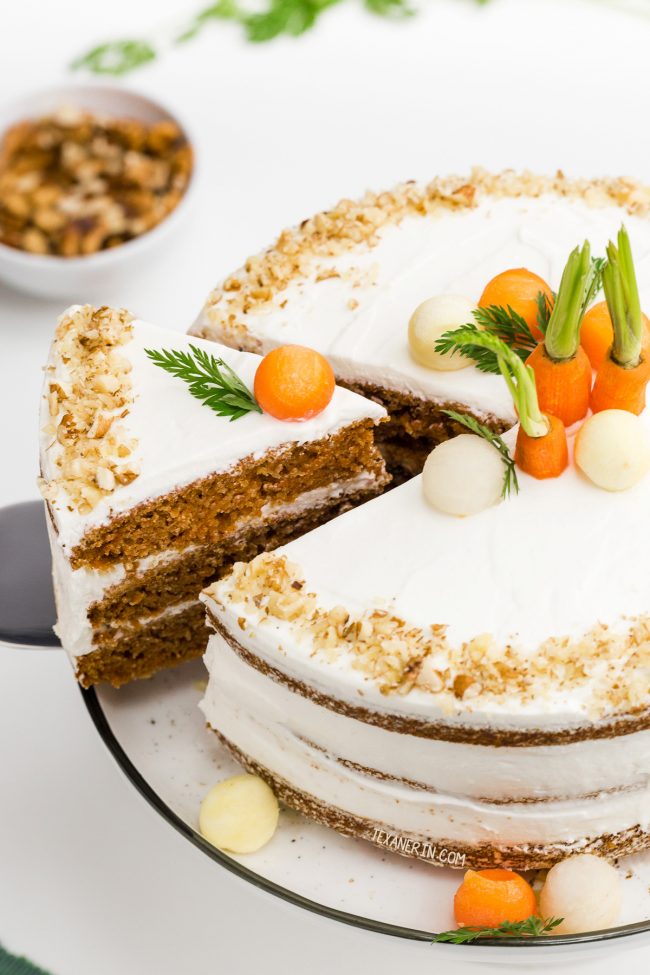 Frosting is hard to make healthy and have it actually taste just like regular frosting. My Paleo Chocolate Frosting is delicious, but I definitely wouldn’t call it healthy – just healthier. Like this cream cheese frosting!

If you manage not to eat it all straight from the bowl, you have to try it on these Pumpkin Cupcakes. Or these Gluten-free Chocolate Cupcakes, which are so unbelievably moist, dark and chocolaty.

Why not Greek yogurt or low-fat products?

I used to add Greek yogurt to make my frostings a little healthier, but then I realized I needed to add more sugar to make up for the extra sourness from the yogurt. So that was kind of pointless.

Looking at other healthier cream cheese frosting recipes, I noticed people using 1/3 less fat or even fat-free cream cheese. If you haven’t heard, low-fat diets can make you overweight and unhealthy, so I don’t see any point in reducing the amount of fat unless your worry is calories.

But even then, I wouldn’t want to use low-fat products, because unhealthy ingredients are often added to make up for the lack of fat. So I figured the only thing I could really do to make it a little healthier is to reduce the amount of powdered sugar. 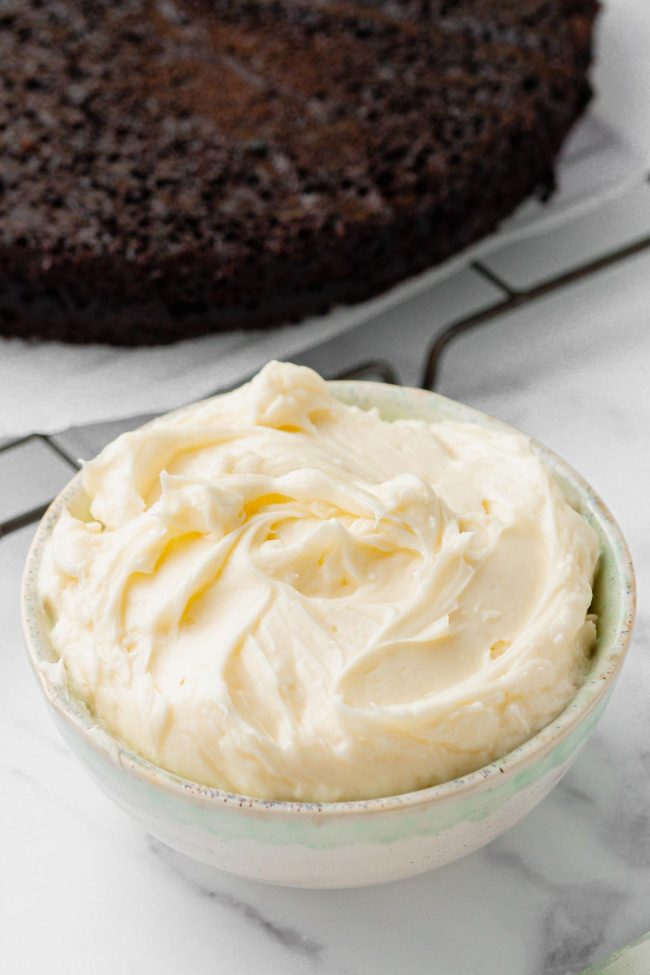 Why not use a natural sweetener?

Quite simply, none of them work the same way in cream cheese frosting.

I have tried doing half liquid sweetener + half powdered sugar, but the result was still too runny to spread on top of anything.

So this is why I went with powdered sugar but massively reduced the amount. 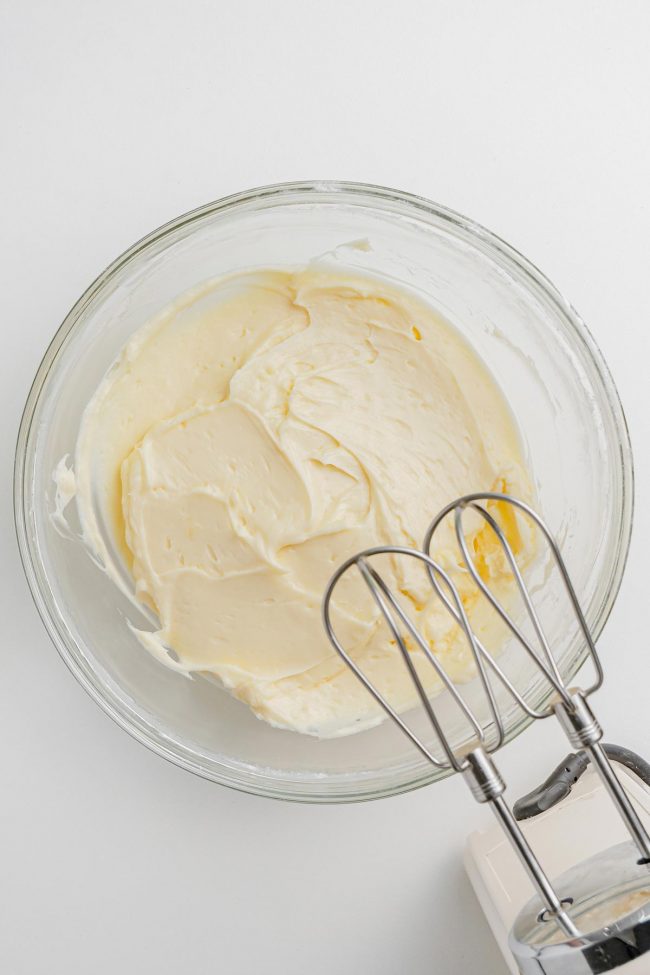 This popular cream cheese frosting recipe on Allrecipes calls for 8 ounces of cream cheese and 4 cups of powdered sugar. That’s kind of crazy.

So instead of super sweet frosting with some cream cheese taste to it, you have something that’s more like cheesecake filling.

It is richer, but not overly so, and I think way more satisfying.

Also, there’s a range in the amount of butter. You only need 3 tablespoons if you want it a bit softer and you’re not planning on piping it. If you want to pipe it, then use 6 tablespoons of butter. 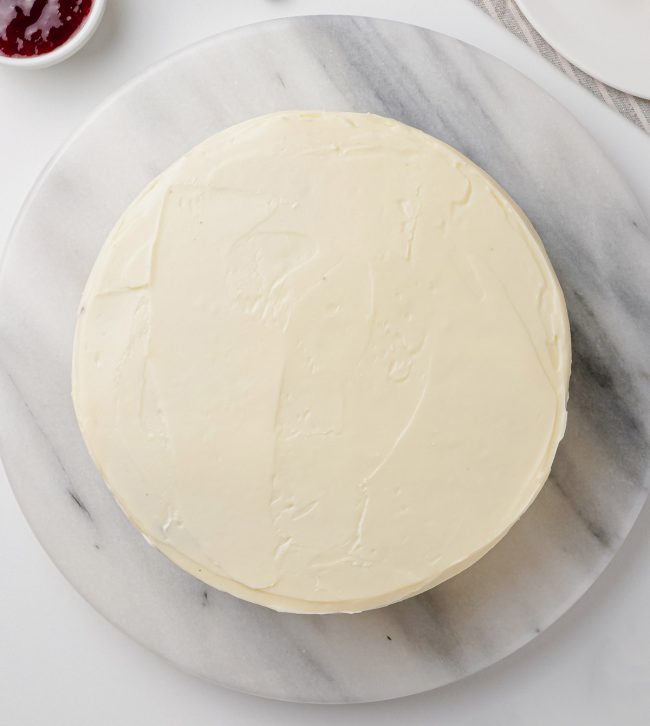 How much does it yield?

Because there’s so much less sugar, the yield is a lot smaller.

This recipe yields a little more than 2 cups of frosting, which is enough for 2 tablespoons (32 grams) of frosting on 16 cupcakes or for about 12 piped cupcakes.

The below pumpkin cupcakes had a nice dome to them, so it actually looks like more frosting than it really is. I tried to make the mound of frosting as small as I could. 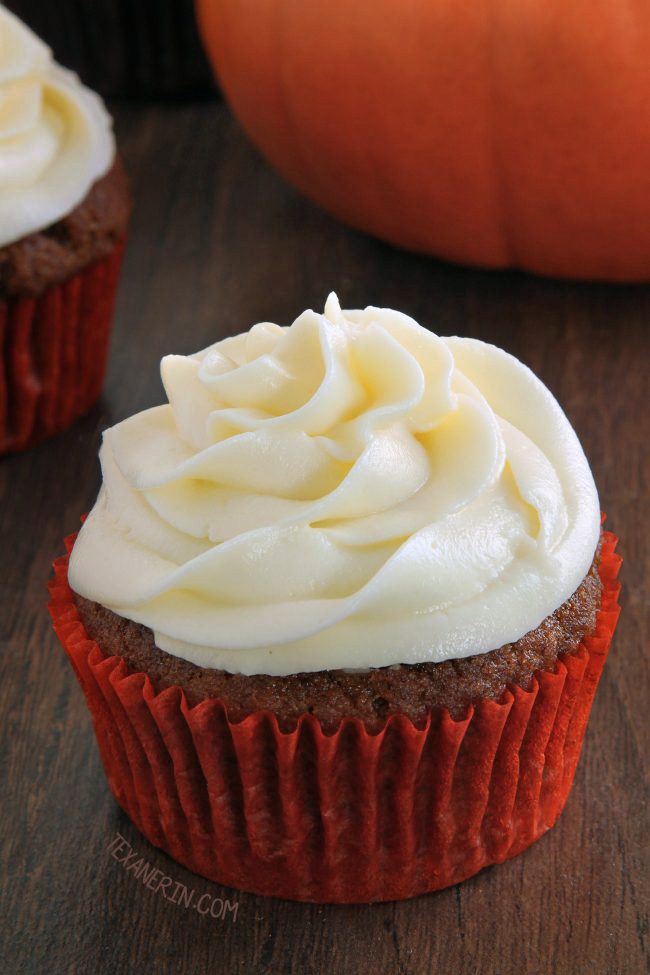 Doing it this way yielded enough frosting for 16 piped cupcakes.

I normally don’t like cupcakes with a huge mound of piped frosting on top, because it’s just too sweet, but I didn’t have that issue with this icing. Go ahead and pile it on! 😀

It really tastes a lot like cheesecake batter before you add the eggs. I couldn’t stop eating it.

I actually had to remake this frosting because I kept going back to the fridge to sneak bites as it was firming up. 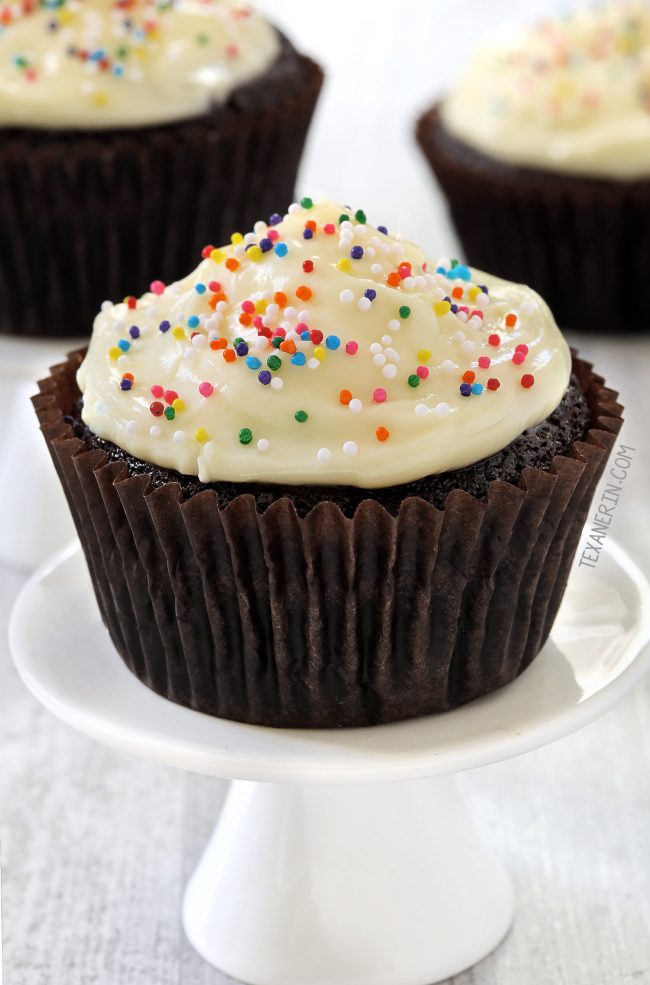 If you’re just slathering on the frosting, you can do that immediately after making the frosting (and when your cake has completely cooled). If you want to pipe it, I recommend refrigerating it for about an hour so that it firms up a bit more.

Don’t let it chill too long before frosting your cake, though, because it gets quite firm, like a cream cheese tart filling. If that happens, just bring the frosting to room temperature and then frost.

That also means you should bring your cupcakes to room temperature before serving if you want the frosting soft. Don’t heat them up, though! The frosting would melt really quickly. 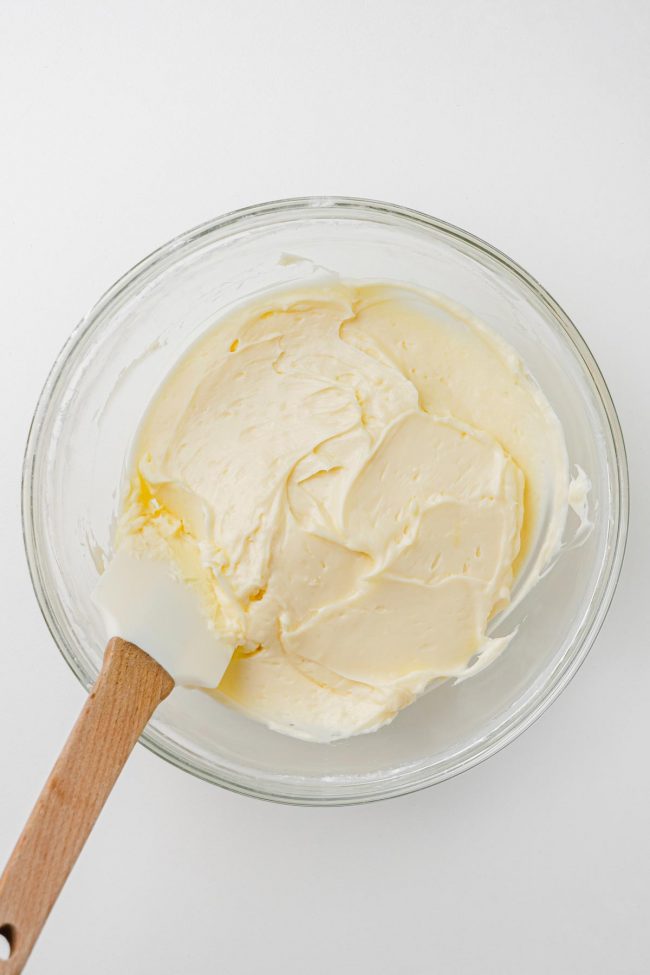 Cupcakes to slather your frosting on

That’s it! I hope you enjoy this frosting. If you make it, I’d love for you to leave a comment below and let me know what you think!