I came across Mike Dunlap’s new 1-1-3 Zone DVD and I have to say I was pleasantly surprised at how much I got from it despite the poor user reviews on the Championship website. If you haven’t heard Coach speak before, you definitely want to pick it up for a listen. He has a lot to offer not just in the X’s and O’s department but also in teaching and motivating. He has a very hard-ass approach, but very refreshing in an old-school kind of way.

Anyways, he was talking about rebounding out of the zone, and of course most of us teach weakside rebounding when shots go up from the wing or corner. 70% of shots that go up from the one side, end up on the other side. In the zone, Dunlap coaches it as the “weakside wedge”. The idea is for 2 defenders to wedge any potential offensive rebounder, the bottom player will box out, and a top player will squeeze the ball down. So if the offensive player gets that rebound, you can either trap the rebounder or rip the ball out, 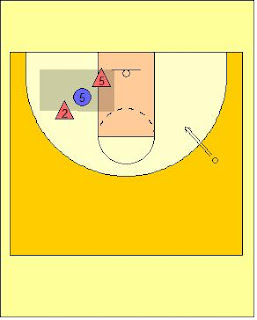 But what happens when the ball is shot from the top?  Well the obvious answer is that it comes back straight. Which is true. But more precisely, the ball comes through the elbows. He teaches his players to play it as “boxes and elbows”. You need 2 guys on the block (boxes) and 2 guys on the elbows, 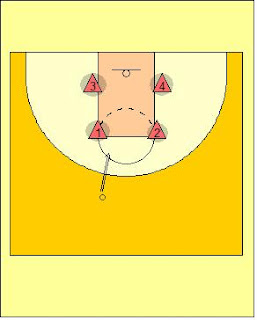 Well, as always each year, wishing every a very Merry Christmas and a Happy New Year. I just came back from Maui (which explains my lack of posting in the last 2 weeks) where our Varsity team played in the Lahainaluna Invitational. We played well at times and not so well at other times, the Curtis Vikings of Tacoma will do very well this March. Very well run tournament and definitely looking forward to going back in 2 years.