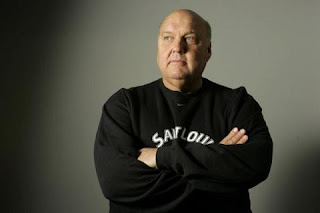 As many of you probably know, former Saint Louis head coach Rick Majerus died yesterday at the age of 64. I followed Majerus very closely since the late 90s as a local basketball star played for him at Utah, Jordie McTavish. That relationship didn’t end well, but like all people, he was a complicated man. Things are never always so black or white, but different shades of gray. I think his legacy as one of the great college basketball coaches of our time is fairly certain, especially when you think about the finals run at Utah, his early success at Ball State and Marquette, and finally a Sweet 16 run with the Billikens this past March.

Personally, I’ve enjoyed watching and listening to anything Majerus had to say, whether it was on ESPN or through coaching videos. His attention to detail was incredible, precision was extremely important to him. It wasn’t enough that you won, but that you did it a certain way, the right way. He had his convictions and he stuck to them no matter what.

I read a great article that was written several years ago by Sports Illustrated as Majerus was just getting back into coaching at Saint Louis, click here to read “The Life and Times of Rick Majerus“. It talks at length about what made Majerus such a brilliant student and teacher of the game, but also what drove players crazy about him, it’s an interesting look at his complicated legacy as one of the great basketball coaches of our time.

Finally, Majerus’ health problems were well documented and I don’t think anyone wants to die early. And I’ve written about this before, but as a profession coaching is one of the worst health-wise because coaches often times do not take care of their bodies. Please make sure you eat right, get plenty of exercise, and get regular checkups with your doctor. As much as it pains me to see fellow coaches in really bad shape, there really is no excuse for not taking care of yourself, you owe it to yourself, your family, and your friends.